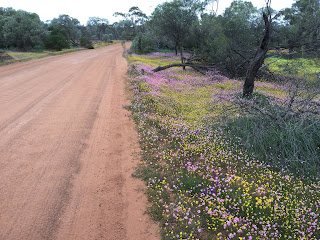 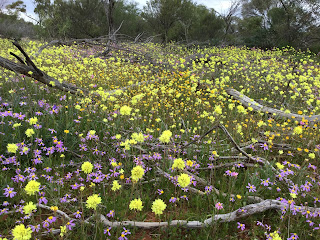 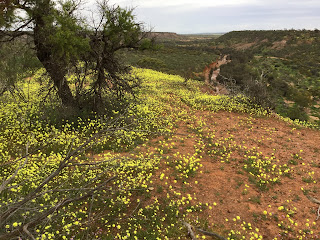 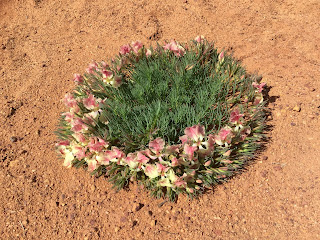 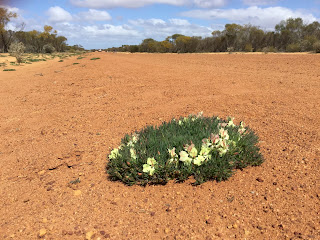 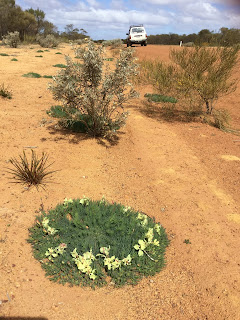 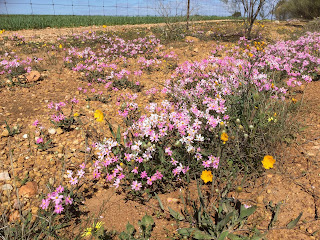 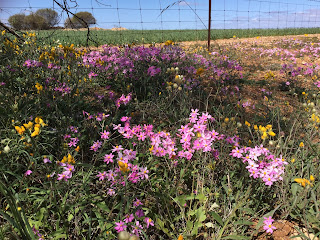 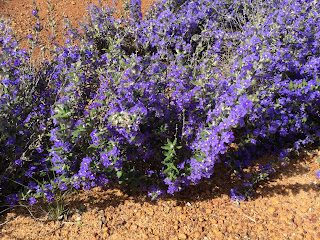 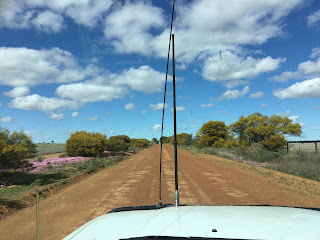 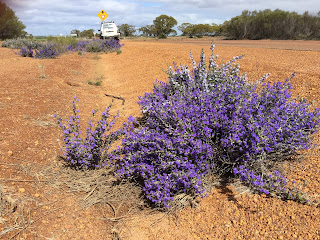 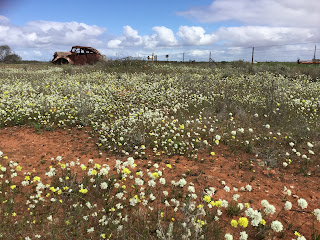 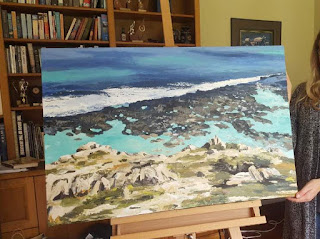 I finished this painting for my daughter a few weeks before her birthday. A pity it was promised for her birthday several years ago, but better late than never I always say!😄
It was an added extra, so she didn't miss out on her previous birthday gifts.
I painted it from a photo of our local coastline and she is thrilled with it. I just need to varnish it now. Hopefully before her next birthday!

It's the second very large painting I have done in recent times. I'm not sure if I will continue with the large format as I find it very hard to keep the enthusiam up for returning to something partially finished. I get more of a thrill doing the small 6" x 6" paintings that I can finish off in a couple of hours or by the end of the day at least. However, they aren't quite as spectacular on the wall.

I did the one below at the beginning of the year, my second plein air with a palette knife. I had forgotten to pack my tube of  white, can you believe it?!!!!
I was going to give up before I started as I thought it would be a disaster, but thankfully I persisted and the unbleached titanium came to the rescue. 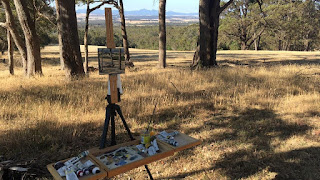