Meeting up with Michael 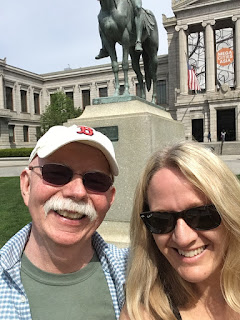 I have been back in Australia for nearly two weeks now since my five fabulous weeks in the USA. While away I was so busy squeezing every minute dry that blogging about it fell by the wayside. Also, I was having trouble with my blogger app!
So now that I've got myself back into some sort of routine I will resume where I left off - and fill in some of the blanks.

I have more to post about New York but I will leap ahead to Boston as I don't want another day to pass before I write about my very enjoyable day meeting up with Michael Perchard. Michael and I have followed each other's blogs for several years now and I always love his very enthusiastic comments and his overriding joy for life. He has a wonderfully dynamic painting style and also posts great photos of his local area. Over the last few years he's posted quite a few photos of the beautiful statue "Appeal to the Great Spirit" that stands at the front of the Boston Museum of Fine Arts, I have loved it ever since I saw the first photo he posted, so it was because of the statue that we decided on the Museum of Fine Arts as a good place to meet up. 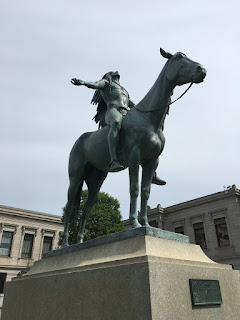 We exchanged gifts and Michael came up with probably the most unique gift I have ever received. He said he needed to drive in to meet me, rather than take the train, in order to convey one of the gifts he had for me. I thought that sounded a bit ominous as I wouldn't have a car to take it back to Australia in! But I needn't have worried as it was a short lived gift albeit a very special one. He had thought ahead and in the last snowfall had made a snowball for me and kept it in the freezer until we met up. He had an Esky (cooler) in his boot (trunk) and I was tickled pink when I unwrapped the parcel inside! A real live snowball! What a great idea for a gift for someone who has only seen snow on a couple of occasions in her entire life. 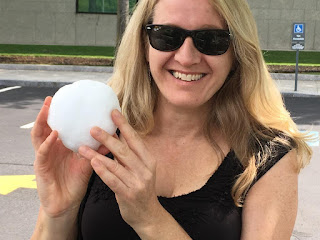 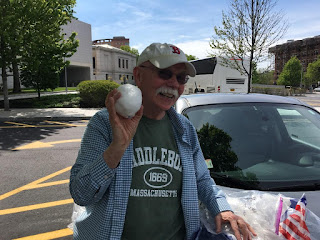 Michael also gave me a painting that he has done of "Appeal to the Great Spirit" which I will absolutely treasure!
I felt super spoilt!! 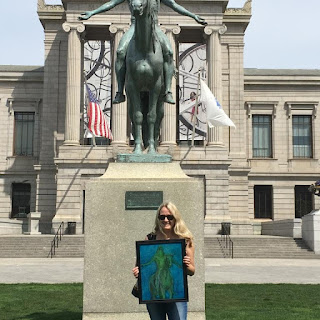 We had a lovely day together chatting and admiring all the beautiful art. 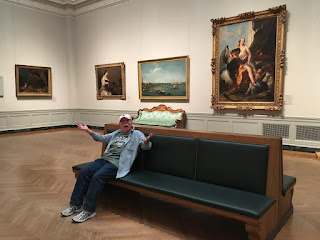 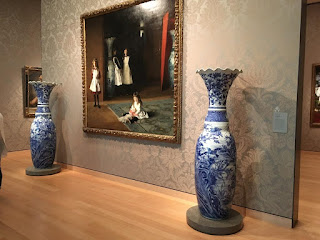 It was a nice surprise to happen upon the one below. There was a print of this very painting on the wall of my hotel room so it was a treat to see the real thing. 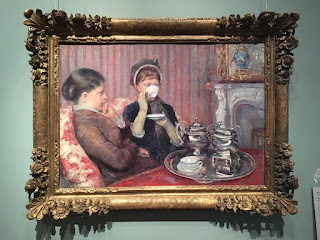 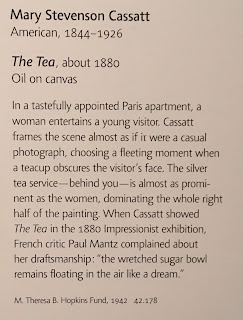 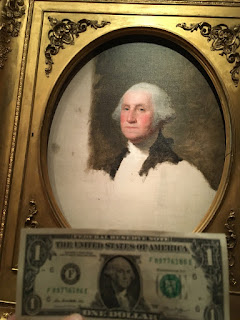 The unfinished painting above apparently was the inspiration for the one dollar note.
We had such a great day. Michael is such a sweet and unique character. It is so much fun - and quite surreal to be able to meet up with people in the flesh after getting to know them online. Unfortunately, Michael's wife wasn't well enough to join us on the day as planned. A good excuse for me to return to Boston - to be able to meet up with her next time.

I was staying in a very characterful part of Boston - Beacon Hill - which is a shortish walk away from Boston Common. 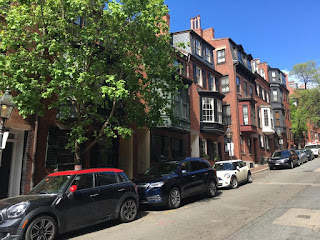 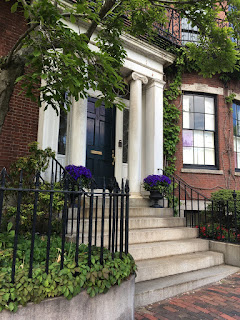 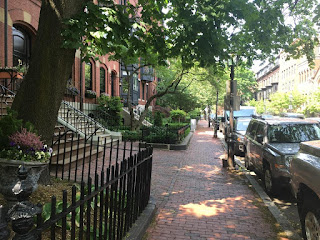 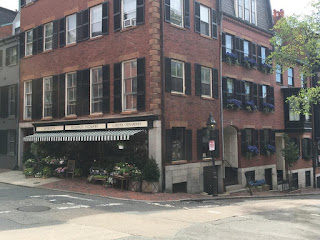 I had walked through the Common a couple of times and one day in the distance I noticed a swathe of colour that hadn't been there before. I wondered if there had been a huge planting of flowers since my last visit so I decided to walk over to investigate. 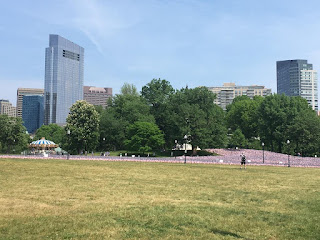 It turned out to be a very striking display of flags to commemorate Memorial Day which was several days away. 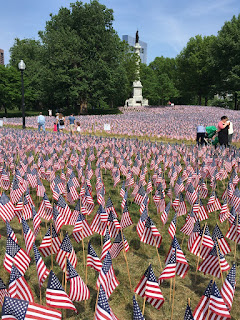