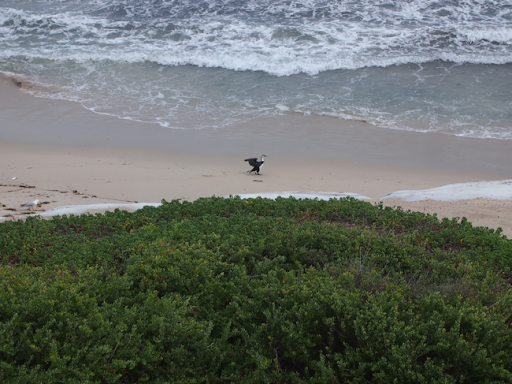 After much gnashing of teeth - and with some help from my long-suffering husband - I have finally worked out how to do a blogpost from my i-pad!
I had to buy a special attachment to be able to upload the photos from my camera onto my i-pad, so I took my camera with me on my walk the other day to get some new snaps to upload.
I spotted this shag drying it's wings in the breeze.
So, I think I'm all set now for blogging all over the world!!
Posted by Wendy Barrett at 06:41 14 comments:

The Details are Sketchy! 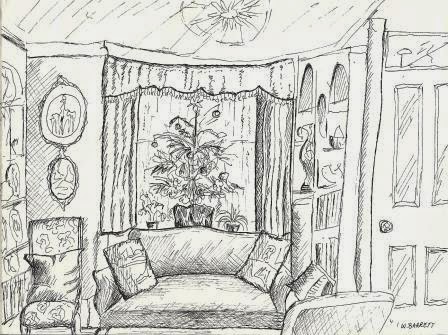 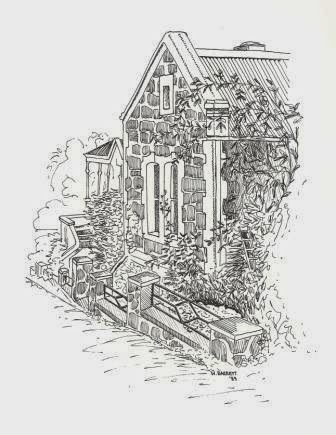 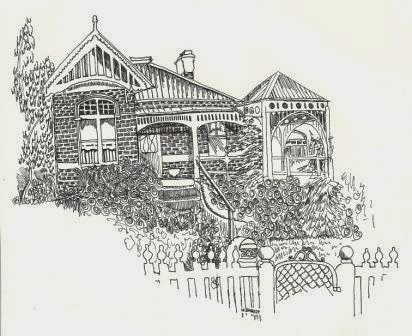 I have some exciting news! Soonish, my sister Jenny and I will be spending five weeks in the UK together. It will be an early celebration of my fiftieth birthday which is still a few months away. The fact that I'm soon to be half a century old is almost as hard to believe as the fact that I will soon be swanning around Ireland, Wales and England. The latter is much more exciting of course!

We plan to take sketching materials along in the hope of creating some blogworthy works of art to accompany the photos I intend to post along the way. This reminds me that I will need to work out how to post via my i-pad!

It is a long while since I have done much in the way of sketching and pen and ink drawings, so long in fact that I had literally forgotten of the existence of the second and third of these three pictures. I found them this morning while hunting for the top one. While it is the least accomplished of the three it has a lot of sentimental value to me. It is the one-and-only ink sketch I did while on a backpacking holiday around the UK and Europe when I was twenty-one. Near the beginning of my eight month adventure I stayed for a few days at a friend's house in Brighton in the lead up to Christmas. I was totally entranced by their beautifully decorated town house and felt inspired to try my hand at sketching their living room. I didn't do any preliminary pencil drawing as you can see by the wonky walls, but worked in ink from the beginning. I suspect I used a Rotring pen which was a favourite tool of mine at the time. I definitely drew the second one in pencil first as it is too neat to have done otherwise but the tilt and looseness of the third makes me suspect I may not have done much preliminary drawing first at all.

I confess to being a bit startled at some of the techniques I used in the second sketch as I don't remember ever having these skills under my belt. I was very keen on ink drawings at the time so I probably familiarised myself with different cross-hatching styles before beginning; something I want to do again now in the lead up to going away. I'm not sure exactly what style I will come up with while I'm away. Before I found these I had imagined just doing a light ink outline with a watercolour wash - or maybe just pencil alone. Who knows! As long as I at least produce a few pieces of art I will be happy!

I have been very remiss with creating and posting of late but my excuse is that a lot of my time has been taken up with booking this holiday. Also, I needed a bit of a break. I wasn't getting enough down time as my stiff shoulders and continuing sore back could attest to. As for my book - I was a bit precipitate in announcing it was near completion. After getting further feedback from my latest round of readers, I know I have more culling and honing to do. It will be at the top of my list of things to do upon my return.

I am also posting some photos of a beautiful hand made note-book my daughter made for a friend's birthday recently. I thought to post it after visiting Celia Blanco's blog where she showed how she'd cleverly made her own sketch book and asked if others had made similar items.
My daughter had learnt how to bind her own sketch book during an art class she had taken as a broadening unit at university last year. She has used hand-made paper bought from Oxfam for the cover and used some paper she'd bought in Japan for the end papers. She sewed it all together with bits of cotton she found around the place. I have dropped some VERY heavy hints that I would like a book like this for my birthday!! 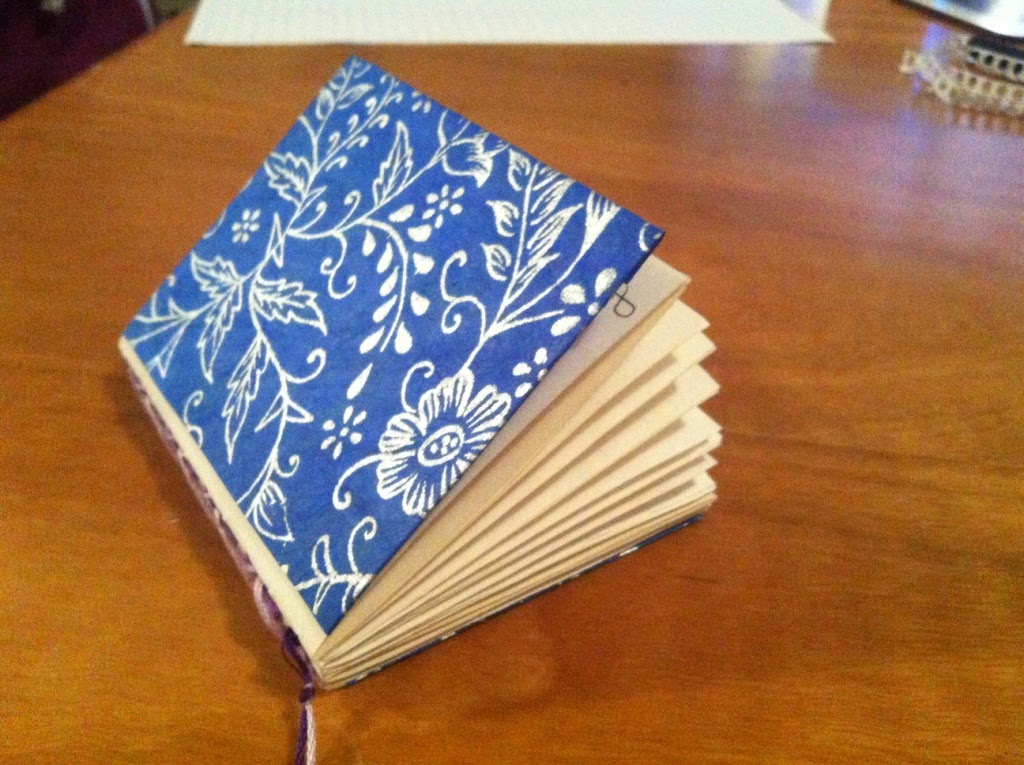 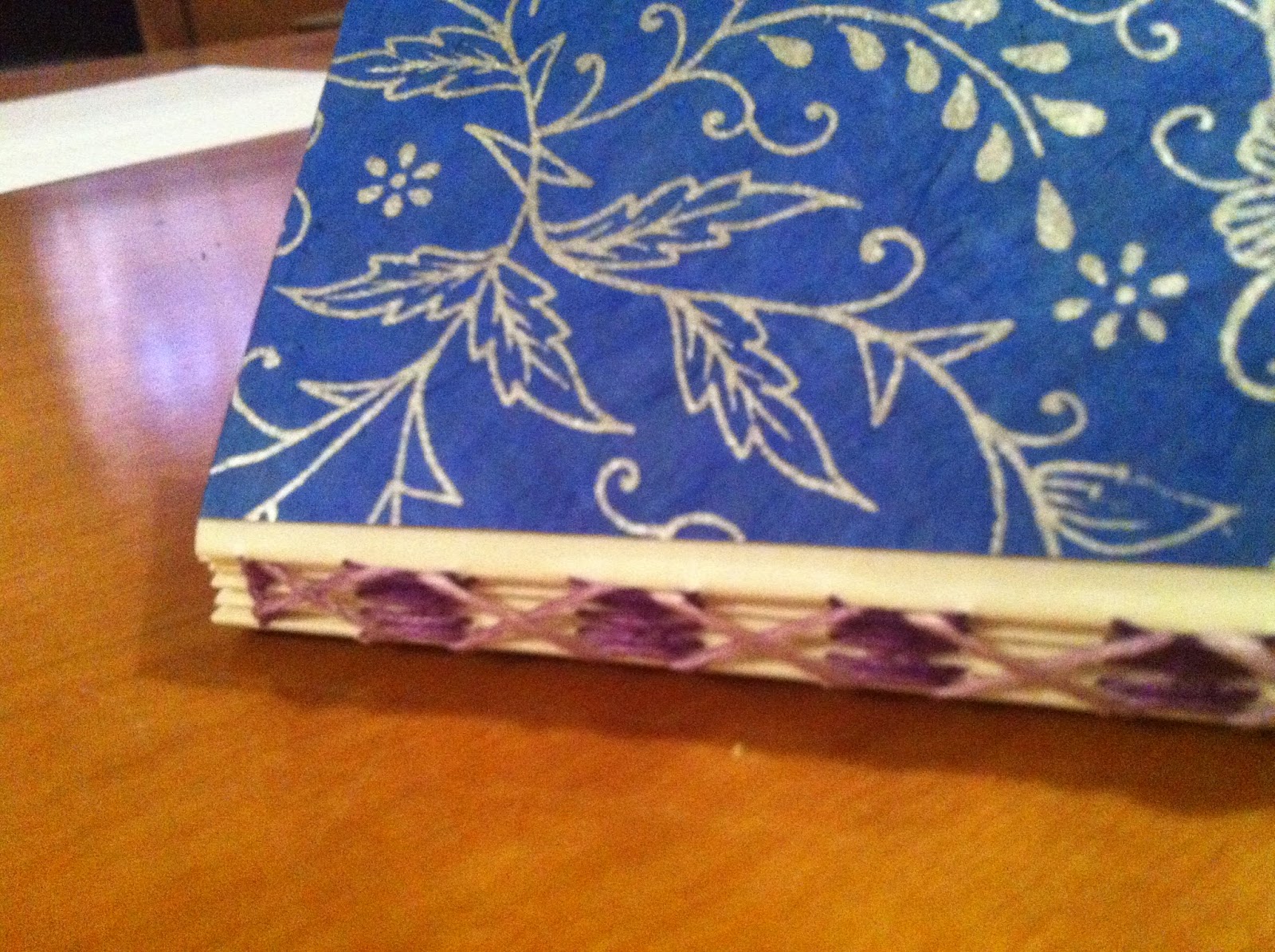 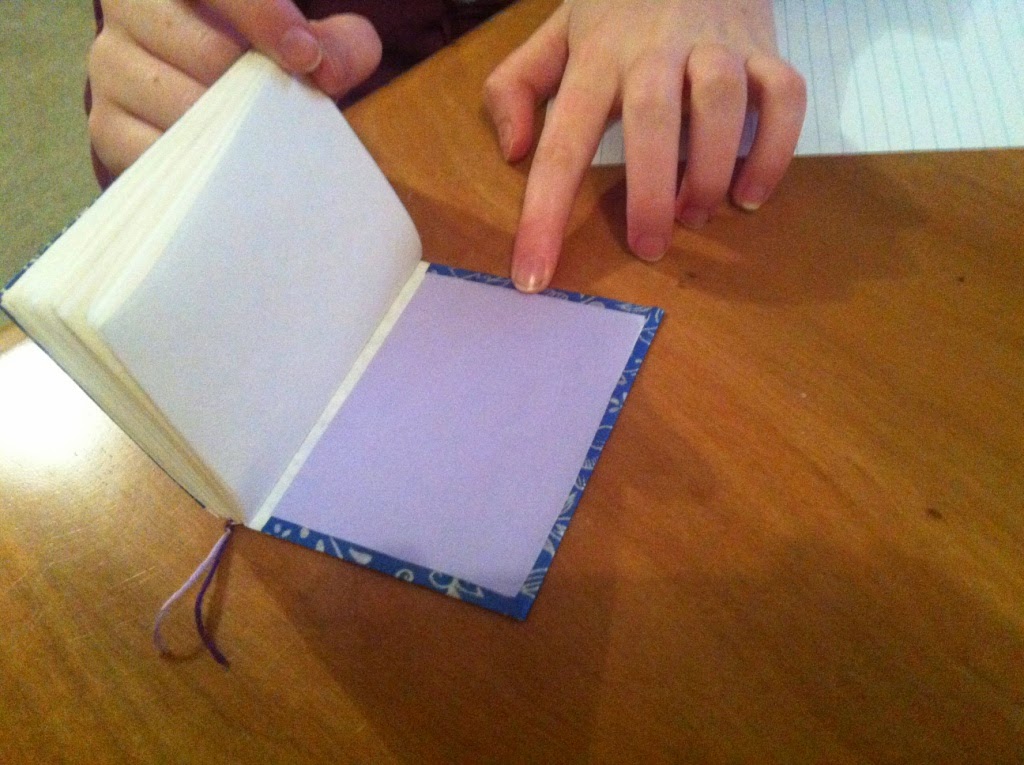