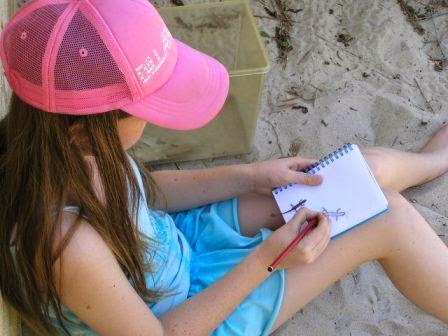 2007 - My daughter sketching a lizard from life

It was interesting to see the varied reactions to the photo of our "pet" goanna in my last post. It made me wonder if smaller reptiles would elicit the same response. I grew up in a bush setting where such creatures were a common sight so I had no fear of them. Taking their cues from me, my daughters also grew up not fearing them and as children would catch little lizards to play with - my oldest daughter in particular. There was a time when she'd often have a clutch of them in an ice-cream container in order to pamper them with all manner of interesting fare - like grass and flowers - before letting them go. Other times she'd have them trotting up her arm or sitting quietly on her hand. It's not in their nature to socialise with humans and they usually dart away if you get too close, but my daughter seemed to have such an uncanny way with them they became unnaturally docile in her presence. We called her the "lizard whisperer". These photos were taken at the height of her powers in 2007 . I was incredulous to find this cute little lizard sitting patiently for ages while she drew it meticulously in her sketch pad. She did a beautiful job!! 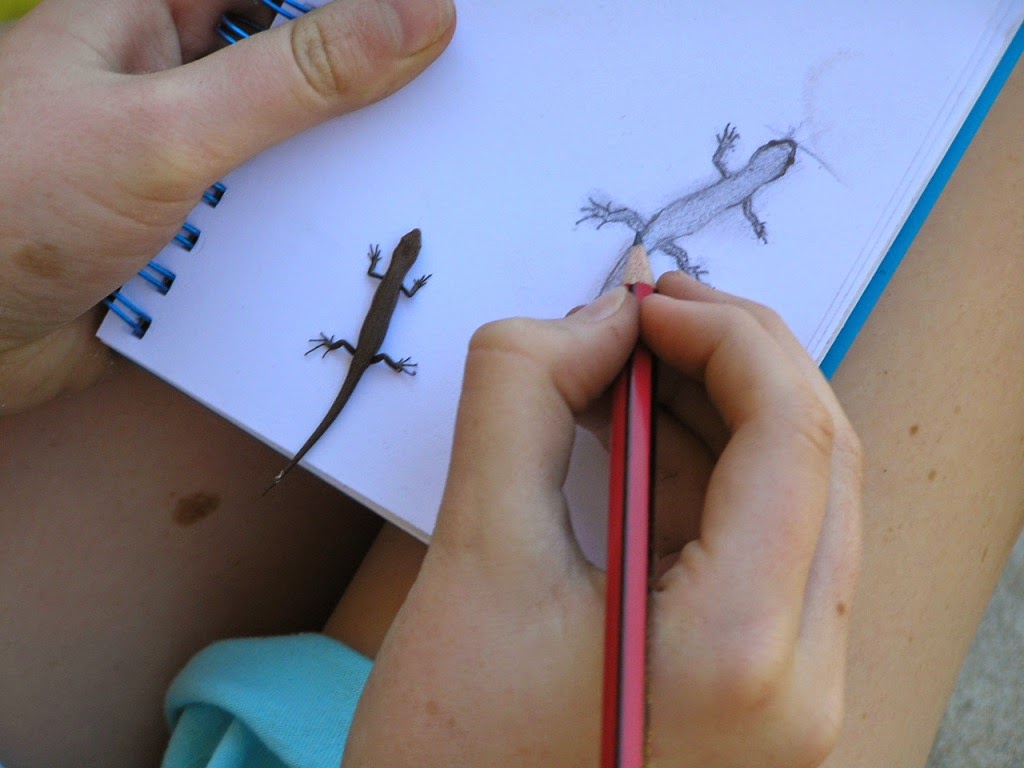 I was thrilled to win some of Canadian artist Shawna Lampi-Legaree's beautiful cards recently which she sent to me from Ayers Rock (Uluru) while visiting Australia recently. Click here to read about her Australian adventure and check out her stunning artwork. 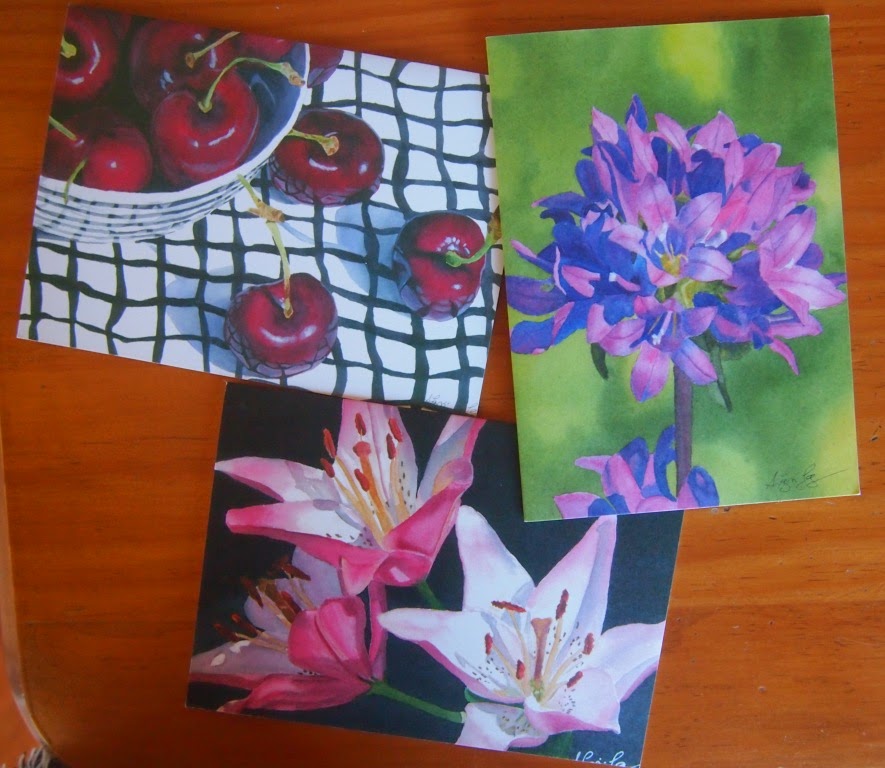 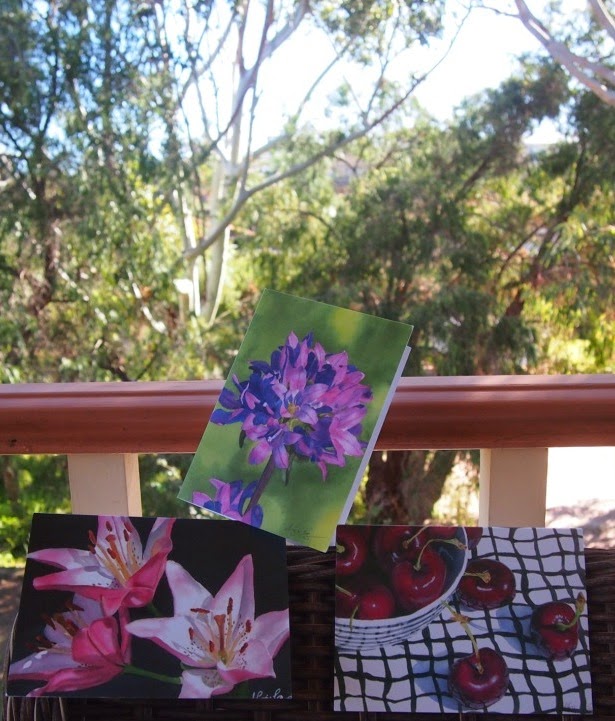 Canadian cards now at home among the gum trees!

Getting Ideas on the Table 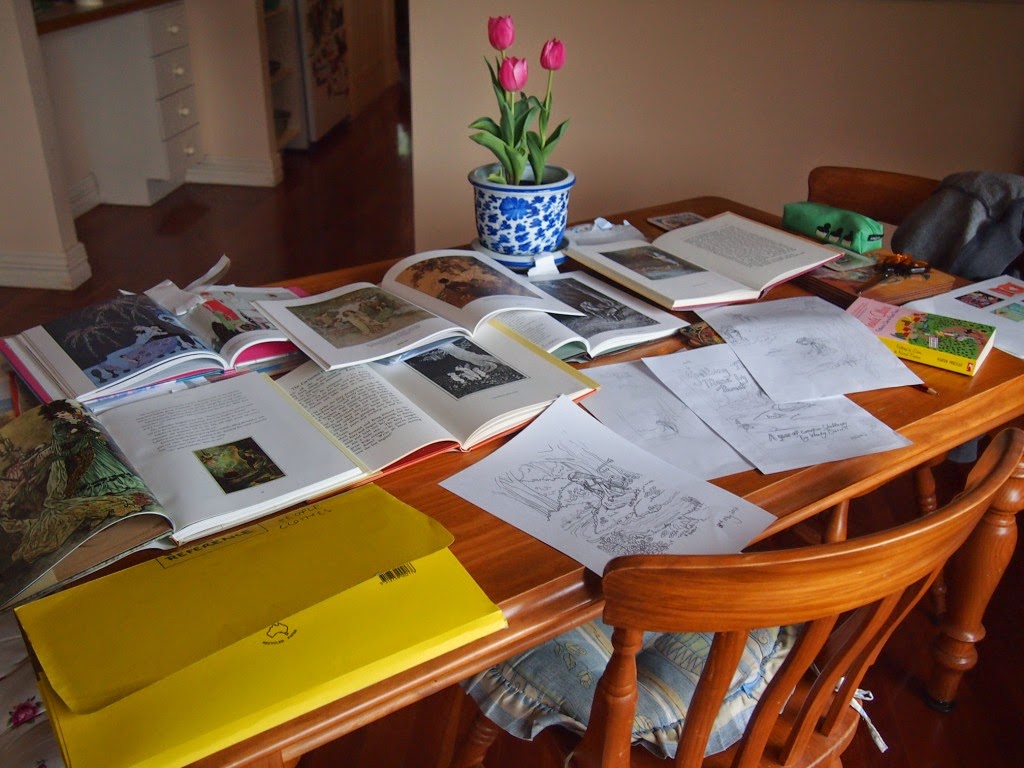 While I've been waiting for feedback on my manuscript from a few readers, I have been toying with ideas for the book's cover. I got out a pile of beautiful reference books to inspire me while I did a couple of sketches of a concept I'd had rattling around in my head for a while. The following day I scanned my best black and white drawing and painted it in watercolour to see how it might look. I have another version in my mind's eye that I want to get on to paper and hope there will be still more ideas to come before making the final decision as to what my book will look like. I'd intended working on it today but the day evaporated before I had time to get to it. So I'm off to cook dinner instead! 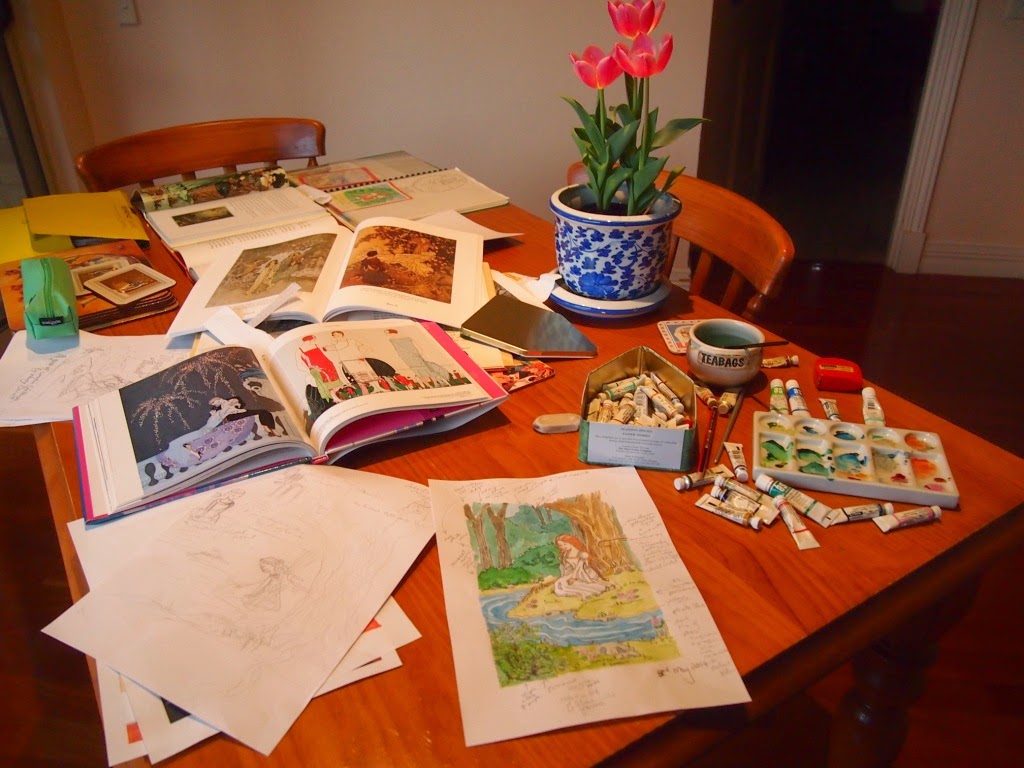 I was delighted to spot this baby goanna in my back garden the other day. 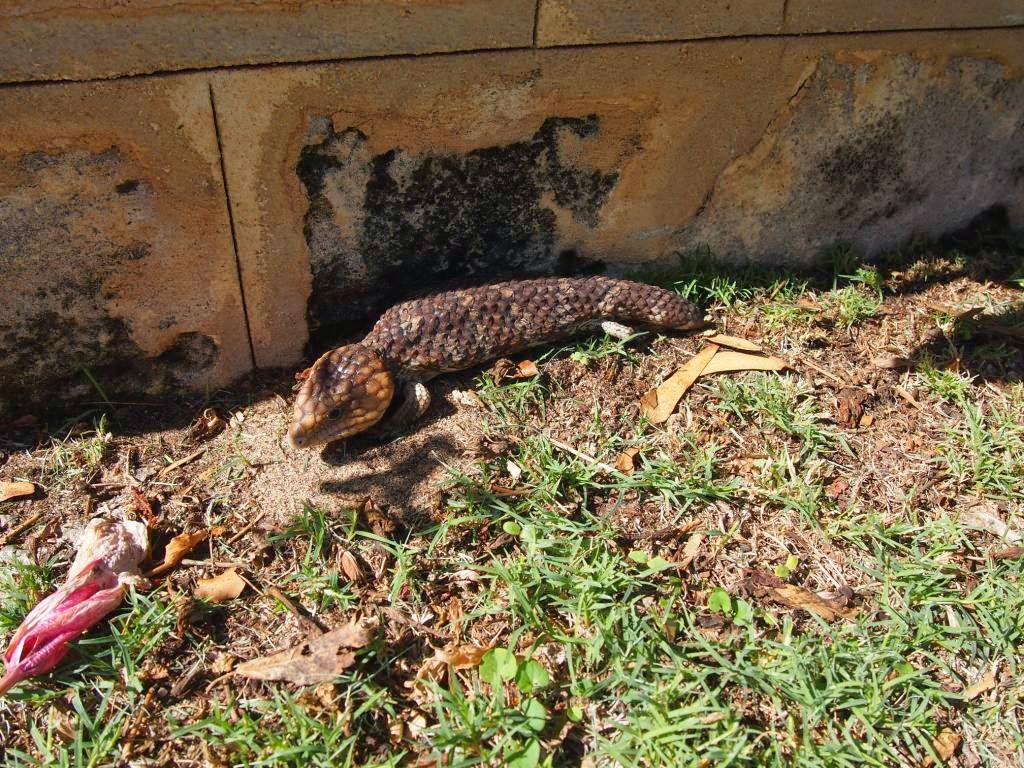